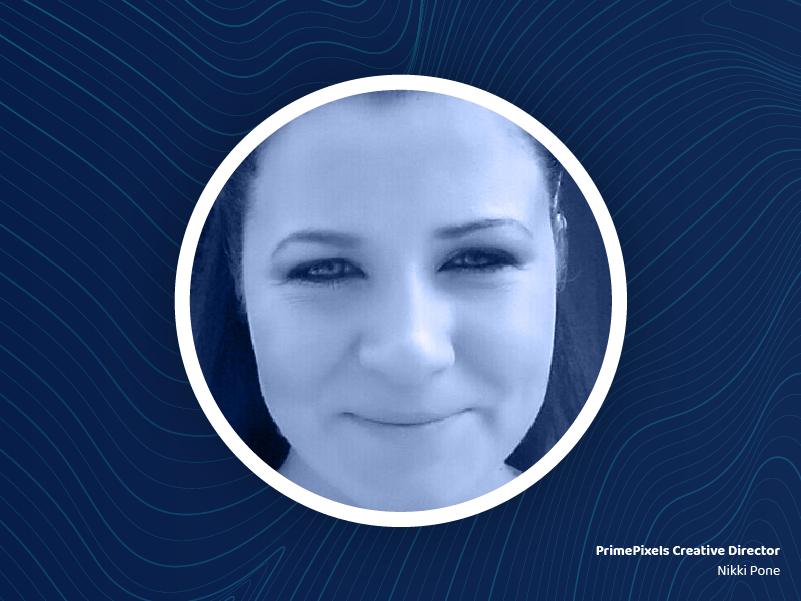 We’ve Only Just Begun: Insight into the world of marketing from a female Creative Director

11% means that, while many other industries and career paths have become far more gender-equal, the creative industry is lagging. And, really, we’ve only just begun.

We sat down with our Creative Director, Nikki Poñe, to discuss gender roles in the creative realm and the positive shift we can expect to see in society in the coming years. 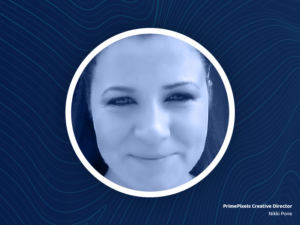 Breaking into the agency environment

Having more females employed in the digital marketing world doesn’t start at the bottom. It isn’t necessarily difficult for women to break into the creative digital space, Nikki says. What is difficult and has been for a long time, is the climb up the ladder to more senior positions.

“I don’t think it’s difficult for women to get into digital marketing, but there does seem to be a higher percentage of males in the top tier,” she says. “Climbing to the top of that ladder in the digital marketing realm, though, is harder for women.”

When we asked Nikki why she felt this was the case, she explained that it comes down to archaic gender norms that continue to permeate our modern world. “It’s one of these injustices that come from history, one that will take quite a while to work their way out of society.”

As a result of the fact that old thought patterns and injustices continue to affect the growth of females in senior-level positions, there are several unique challenges that female Creative Directors face. Perhaps the biggest challenge is simply being heard, Nikki says.

“Sitting in a boardroom and throwing out your opinion and have it been taken seriously and having people listen to you, that’s the biggest challenge. Being heard,” she explains.

“Collaboration means opinions. And if your opinion isn’t taken seriously because maybe people think it’s coming from an emotional place as opposed to a business place, that’s a problem. So, having your opinions and your thoughts, whether they’re backed by 20 years of experience or not, having them taken seriously is a real challenge for women in the workplace.”

Then, there are the mental challenges that female Creative Directors face, and just about any female in the business world must deal with: guilt. Advice for females in the marketing space

When we asked Nikki what advice she has for women in the marketing world, her answer was powerful in its simplicity: Drop the guilt.

“Everyone will survive. You don’t have to be the pivotal point for everyone all the time. If we can just drop the guilt, the amount of mental load we let go of will be exponential.”

Aside from letting go of blame, Nikki’s advice to women in the digital marketing world is to work hard and never stop learning: “In terms of making it in marketing as a female, just be willing to put in the hard work. Be willing to learn. The moment you stop learning is the moment you stop growing. Also, like I have done with PrimePixels, try find a space where your experience and hard work are seen before your gender.”

Not all hope is lost

Even though 11% is not much to brag about, there certainly is hope. “The younger generation, they’re on top of it,” Nikki says.

“They don’t think those things anymore. But, right now, the younger generations aren’t making the decisions yet. When they age and get to that point where they are CEOs, they are on the top tier of companies, they’ve grown up through this industry without that predisposition, then we may start seeing things really change.”

There is much work to be done and we’ve only just begun. The world of digital marketing needs to become more inclusive, societal norms regarding gender equality need to be turned on their heads, and access to executive positions for women needs to become a fairer playing field. However, the fact that there is growth at all is a testament to the fact that times are changing, and the sooner we can get younger generations into decision-making roles, the more inclusive the creative industry will become.

Speak to one of our consultants today

To find out how an executive assistant or perfectly matched remote employee can work for you.

Wondering what it is we do?

Find out how our industry-leading executive assistants can help you.

Carol Sicbaldi
- Google
Demi Sue was excellent and very communicative. Easy and enjoyable to work with!

Get marketing tips delivered straight to your inbox.

Are you a business owner interested in digital marketing? We created this guide for you! Entrepreneurship is the lifeblood of any economy and we’re passionate about giving you access to the resources you need to grow your business.

Download our free guide and learn what digital marketing is. We’ll share some of our insider tips and tricks on how to get started and stand out from the crowd.

This website uses cookies to improve your experience while you navigate through the website. Out of these, the cookies that are categorized as necessary are stored on your browser as they are essential for the working of basic functionalities of the website. We also use third-party cookies that help us analyze and understand how you use this website. These cookies will be stored in your browser only with your consent. You also have the option to opt-out of these cookies. But opting out of some of these cookies may affect your browsing experience.
Necessary Always Enabled
Necessary cookies are absolutely essential for the website to function properly. These cookies ensure basic functionalities and security features of the website, anonymously.
Functional
Functional cookies help to perform certain functionalities like sharing the content of the website on social media platforms, collect feedbacks, and other third-party features.
Performance
Performance cookies are used to understand and analyze the key performance indexes of the website which helps in delivering a better user experience for the visitors.
Analytics
Analytical cookies are used to understand how visitors interact with the website. These cookies help provide information on metrics the number of visitors, bounce rate, traffic source, etc.
Advertisement
Advertisement cookies are used to provide visitors with relevant ads and marketing campaigns. These cookies track visitors across websites and collect information to provide customized ads.
Others
Other uncategorized cookies are those that are being analyzed and have not been classified into a category as yet.
SAVE & ACCEPT